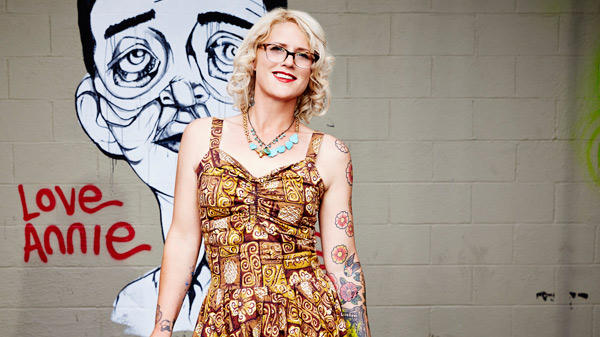 Annie Preece is a painter and muralist currently living and working out of Los Angeles.

Growing up in the San Francisco Peninsula among a highly artistic family, Annie first displayed a talent for drawing at age five. Eleven years later, she had become a staple of the graffiti scene and one of the few female guerrilla artists in the city.

At twenty-eight, Annie picked up a paintbrush for the first time and started bringing her craft to the canvas. Despite no formal art training, her vibrant and irreverent style became a hit with collectors, including a number of celebrity buyers.

Since then, she has produced commissions for high-profile clients such as Pabst Blue Ribbon, Red Bull, Metro LA, the X-Games, Hasbro, Polaroid, and Warner Bros Music, just to name a few. She has a clothing line by Prince Peter, is a winner of the Redbull Canvas Cooler competition, and has been featured in publications such as InStyle, LA Canvas, and Complex Magazine.